Preston handed struggling side Barnsley a comprehensive victory to move third in the Championship and underline their credentials. The match,which was billed as one of the easy games for the home side, turned out as planned despite some initial resistance by Barnsley. 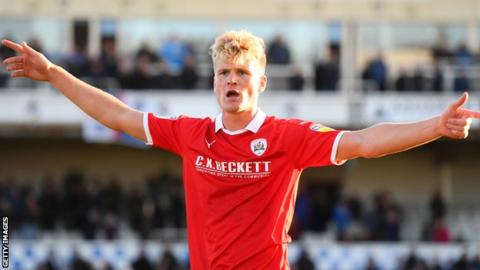 Preston dominated most of the first half and were rewarded with a goal after Daniel Johnson headed home from close range. However, against the run of play, Cameron McGeehan grabbed an equalizer after meeting a floated corner.

Preston continued to attack and were rewarded with the lead after Tom Baekhuizen slotted home from a Johnson pass.  Barnsley’s inexperience defence continued to make mistakes and conceded a third goal after a mix up left Johnson through on goal with stopper Brad Collins. The forward coolly slotted home to give the home team a two-goal cushion.

It turned from bad to worse as Ben Pearson became the latest player on the score sheet making it 4 goals for the home team. This was only his second goal in 126 appearances for Preston. Josh Harrop completed the drubbing coming off the bench to score the fifth goal for Preston.

Preston are now unbeaten in eight league matches which has seen the team become firmly entrenched in the promotion race. Meanwhile, Barnsley continues their wretched form having not won since the opening day of the season.

They drop to second-bottom on the table following the victory of Huddersfield and only Stoke City are worse off in the Championship.

Manager Daniel Stendel is facing a fight for his job and is expected to leave his post after a run that stretches to August. It remains to be seen who will be his replacement. Meanwhile, both set of supporters stood in the 66th minute to applaud the memory of Barnsley fan JeffreyWroe who died during their match against Derby in midweek.