Barnsley assistant head coach Andreas Winkler has emerged as surprise targets for Premier League outfit Huddersfield as they continue their search for a new assistant. 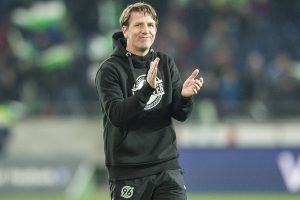 Huddersfield Town relieved manager David Wagner of his duties earlier in the week; appointing Jan Siewert as his successor and the new boss wants Winkler as his right hand man.

Both men previously worked together at RW Essen in the German League and the new Huddersfield Town has expressed his desire to reunite with his former assistant. It must be said; they struck up a very good relationship at Essen.

The New Terriers seem destined for relegation this season as they sit bottom of the pile on the Premier League log, a whopping ten points adrift of 17th-placed Newcastle United.

However, the club decided to bring in German gaffer Jan Siwert to try to steer the club away from the relegation places and the fans will be hoping he does just that.

The club’s chairman Dean Hoyle revealed immediately after capturing Siewert that they have started speaking with Winkler who is assistant coach at Barnsley to try to lure him to reunite with his former friend at Huddersfield.

Barnsley, who feature in the Sky Bet League One, are currently fifth in the league as they continue to push for promotion this season, under the leadership of manager Daniel Stendel.

The League One just got relegated from the Championship last season and are already pushing for promotion to return to where they belong. They are currently five points adrift of league leaders Portsmouth with a game in hand.

Stendel may now be without his assistant coach Winkler for the rest of the season as Huddersfield continue talks to bring him over to the Premier League.

Next up for Barnsley is a home game against Rochdale in the Sky Bet League One.